Skip to main content
ALL PACKAGES NOW ENTERING EUROPE ARE SUBJECT TO A VAT + HANDLING CHARGE. DFR IS NOT LIABLE FOR THIS 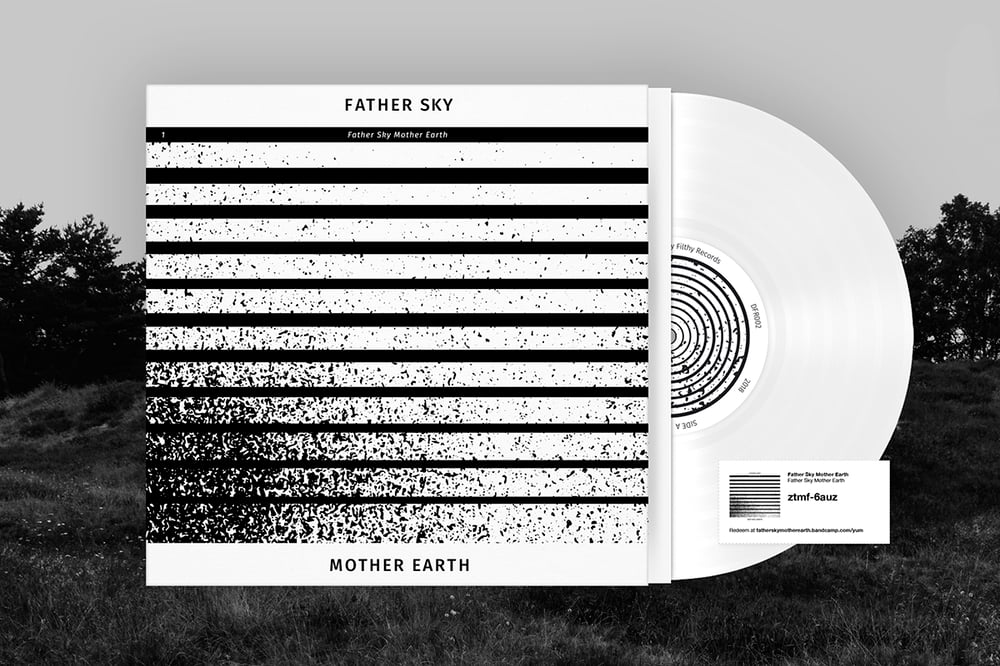 The debut album by German drone doom duo re-recorded and released for the first time on white vinyl via Dirty Filthy Records. Limited to 250 copies on white vinyl.

”After the feedback on our first digital and self-produced cassette release we want to give something back to you who have followed us for some time now. Our earliest steps were rough in recording but we hope to bring something new to the table with this new re-recorded and re-arranged version. Thanks to our friends and families. And thanks to Dirty Filthy Records for releasing drone music.“
— Father Sky Mother Earth, 2018

”When we first heard this record, we knew it was something special. Once it takes hold with its ritual rhythms and relentless drone you are hooked, like a rock caught in the gravitational pull of a monstrous planet. You are helpless, and Father Sky Mother Earth are in charge. The record sits still. You spin around it.“
— CHRIS, AL AND TONY OF DIRTY FILTHY RECORDS, 2018

ORIGINAL RELEASE
”For a few years the duo had the idea of forming a band to explore the area of drone music. In summer 2016 they started working on the first tracks. Together they try to combine elements of doom, sludge, psychedelic rock and meditation music.
The first album is a straight forward two track approach on finding a common path. It's an analogue recording on tape and therefore a raw mix of simple instruments. The minimalistic and easy working process came along good and is represented in the album artwork which separates sky and earth. For the next releases this layout will be a distinctive feature.
The main part is a symbol to the two string instruments primarily used in the first release. They are also referring to the aerosphere. This is what keeps mother earth alive. Father sky in the cosmos is a guard and looking at his child – this planet's ecology. Thank you Father Sky for your presence and Mother Earth for your opportunity to grow.“
— Father Sky Mother Earth, 2016

Original released digitally via bandcamp on September 25th, 2016
Previously published on self-produced and -released cassette on April 30th, 2017
Recorded during December 2016 and January 2017
Mixed by Nico Seel in March 2017

THE FIRST 50 ORDERS COME WITH A CHEEKY BONUS